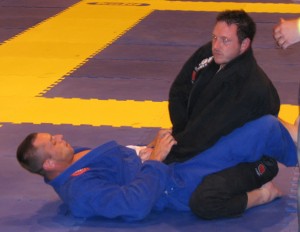 Sunday 21st of June, The Cockmoors Wood Leisure Centre in Birmingham saw the staging of the British BJJ Open hosted by Braulio Estima and his Gracie Barra team.

Three Kamon members made the trek up to Birmingham, which lead to two medals in the Whitebelt Seniors category. The first was a gold for Johnny “Mountain” Mountney in the Medium Division and the second was a silver for Trefor Coster in the Medium Heavy Division.