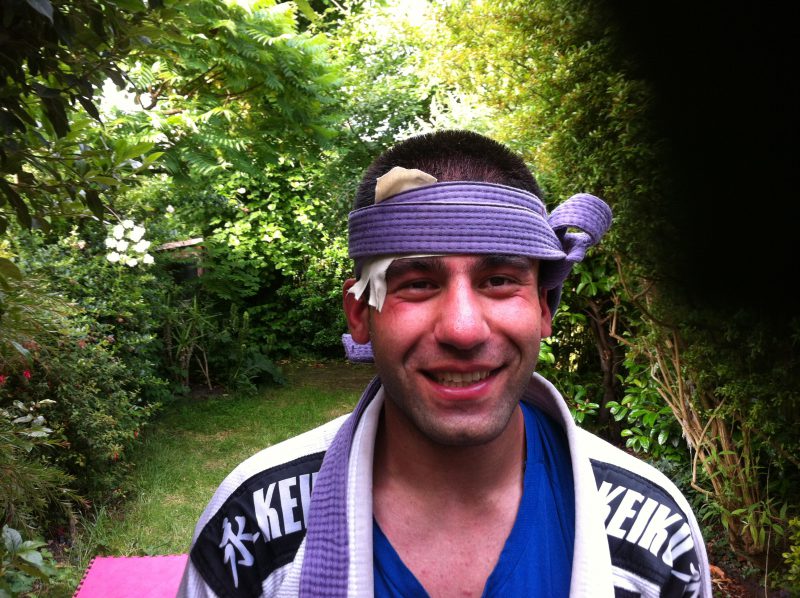 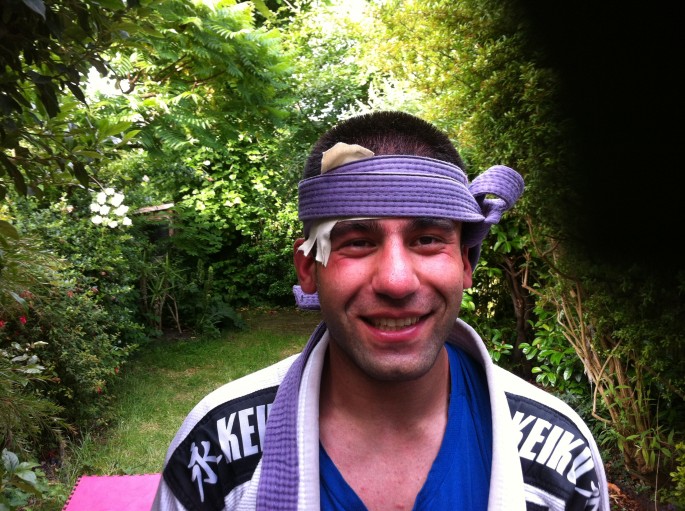 Jafer received a big cut on his forehead after garden fighting with Kevin! He hit his head on a wall after refusing to tap. Jafer was sent home with tape around his head, secured by his belt to stop the bleeding!