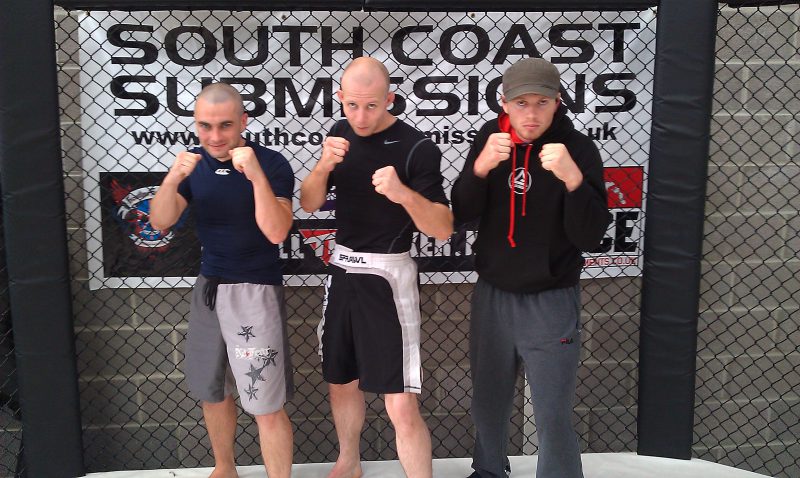 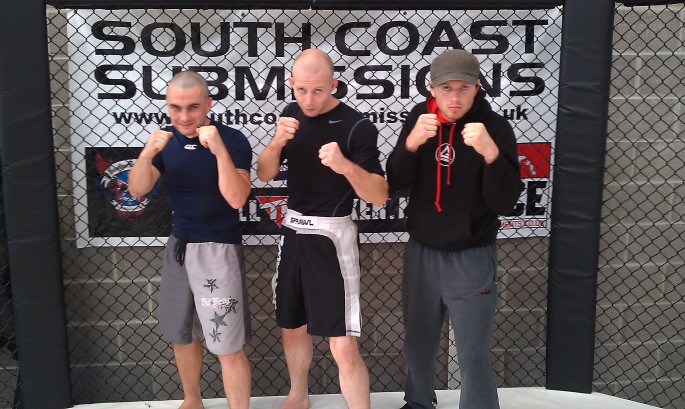 Kamon BJJ students competed at the GYM01 MMA and Submission Grappling Interclub in Portsmouth on Sunday 28th August.  The event was held at GYM01 which is the south coast’s biggest Mixed Martial Arts facility.  Over 70 competitors from the biggest MMA gyms on the south coast came to compete in the event.

This was the first time that members of Kamon BJJ have entered an event of this type and gave dominating performances.  In the submission grappling event Andy Law, Walt Willis, Michal Gawronski and Martin Dell dominated all their opponents using submission holds and positional dominance.  In the MMA section of the event Martin Dell was set to face off against two opponents in the Lightweight division but unfortunately both chose to pull out of the competition on the day.  Martin said “It was a fantastic day all in all.  The team really pulled together and the results speak for themselves.  I’d like to thank everyone one who helped us prepare for the competition.  All the students at Kamon BJJ and Kevin Chan for pushing us in training.   The club is growing from strength to strength and we are looking to do more competitions in the near future.”